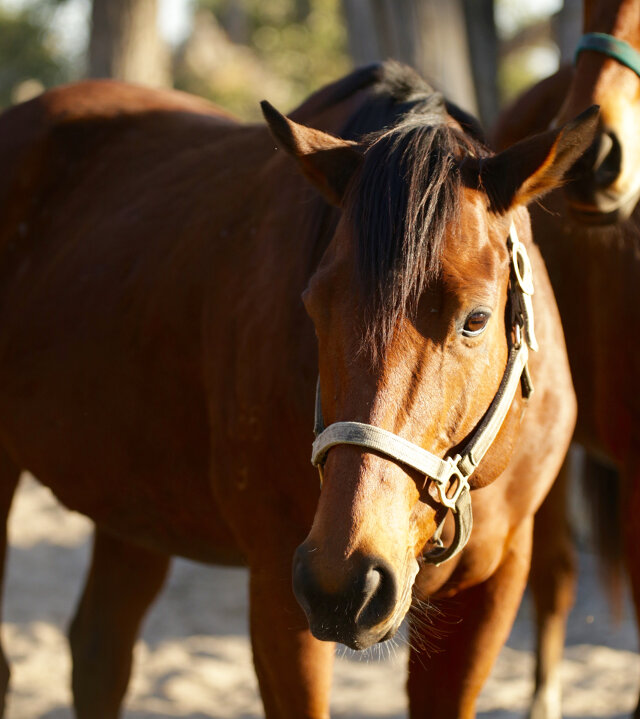 (Adjaal) Thoroughbred originally from one of Mohammed bin Rashid Al Maktoum’s (Sheikh Mohammed owner of Darley Racing) studs in Australia. Brought over to South Africa in March 2011 to race there where he eventually finished his racing career in Harare, Zimbabwe. A substantial TB with the brand on his shoulder 166 and then 9, indicating the number of foals his stallion produced and the year he was born.